It has been way too long since I started writing a blog post. It was initially compulsory for one of my MSc modules to create an “academic – content” blog, but I remember promising myself to keep writing it for the rest of my master year – which, obviously, fail to make it happen. Basically, the writing stopped when that module ended. I didn’t know maintaining blog posts would take this much effort and completely agree to why those famous bloggers should get paid. LOL.

Since I am now unofficially graduated from the master (with big balloons and a glass of champagne!) and have been back to my hometown in my country, I figure why not brushing up my writing skill on WordPress while enjoying this me-time pleasure.

Because it all happened in my Master life and I was planning to document about it through out the year. This post is consequently all about what I have learnt from 2015/2016 in Southampton/England and is also dedicated to all the Digital Marketing fellows and other “Sotons” who have influentially involved in my postgrad experiences. Specifically, shout out to Momo, Houry, Billy, Ashley, Ana, Chanya, Nat, Paan and Khiing for such an incredible/memorable year  😀

Number one, very typical, never ever forget to bring umbrella or hoody-jacket with you when stepping outta roof-area. Sun light is a British trick, it never stays long.

Number two, OMG, never trust British on-the-go sandwiches. I mean they look delicious on shelves but not my cup of tea when it comes to the taste. Maybe because I am used to a warm sensation, not a cold and solid taste like what it offers in England.

Number three, even though sandwiches do not met my standard, but chocolate are SOOOOOO insanely incredible. In spite of  the fact that I had never ever addicted to any forms of chocolate, it has become my guilty pleasure every night, now not to mention those twisted flavours like orange-chocolate, caramel-chocolate, ….. Houry, you know what I am talking about!

Number four, part-time job as a waitress in Thai restaurant is an exhausting skill in England, especially in those proper (and I mean PROPER) Thai restaurants. I have learnt so many skills, rules and principles of hospitality by taking such part-time job. Who knows there could be so many steps for making drinks and serving wines. I have gained useful experiences during the past months and also valuable lessons regarding management & communications.

Number five, after have been in many group projects, one important thing that proved to be true to me is the phrase “Good Things Take Time”. Despite having a four-year working experience, I was completely messed up with my very first group project. I guess I was too concentrate on the final goal that I forgot to keep my pants on. It was all ruined, but I learned from that mistake.

Number six, it’s all about teamwork. So after messing up with so many random team mates, I found the right arms. And all of sudden, every projects seems to be so enjoyable to implement. I’ve learned so much and enjoy every bits – just like what they said “Teamwork is everything”.

Number seven, on to making new friends lessons. In simple sentences, don’t be scare to be weird in front of Europeans. They are as weird as you are. (Shout out to the Malakas, I have missed you guys like a fat kid on a diet misses cakes!)

Number eight, don’t pretend to be cool on the first gathering night, otherwise you will be named “Wine expert” – a.k.a the legend  😛

Number nine, there will come the darkest times. Some short-breaks are necessary for these difficulties and friends are the important part at this stage. Random gathering and events are a must. For example, spare ribs with Ben&Jerry night, midnight Pokemon hunting and unofficial picnic during dissertation period. (For those who know what I am talking about, can you imagine we cannot do that together ever again? *Cry hard*)

Last but not least, number ten, it is important to make the most of it in the year. Not that I regret my one year in England, but the second I landed Thailand I recall there are still many things I didn’t do and places I didn’t visit. I can say that I am proud of my one year in Southampton as it is a mixture of tears and laughters. And in fact, I could always go back to visit, but it’s just not going to be the same with people and friends, would it?

With lots of love to Soton friends. 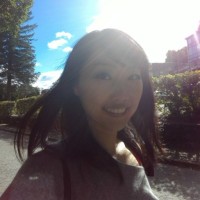 Here you get natural, homemade and herbal remedies for your beauty care.

It's about Laura's ideas and life